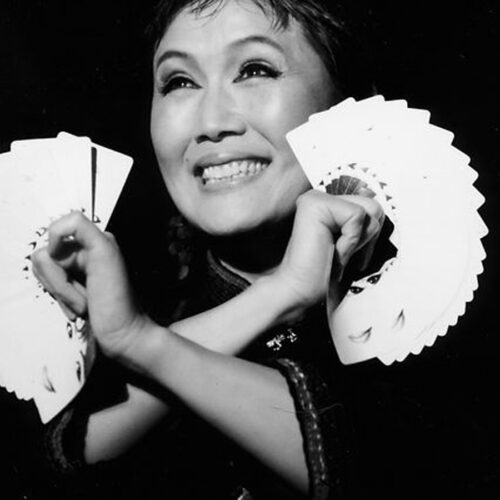 Juliana Chen was born in Hunan, China and graduated from the Academy of Arts in China. After training to be a ballerina, she transferred to the Guangzhou Acrobatic Troupe. In 1982, she decided to become a magician, Since then she has won many awards, including Best Magician of China(1985), First Prize I.B.M.(1992), Grand Prix at Spain’s XXI Congreso Nacional De Magic (1996), and Germany’s Magic Hands(1996). In 1997 she become the first woman and first magician of Chinese heritage to win a world Championship in the 50-year history of FISM. Since this, she has performed all over the world, and her magic continues to inspire young magician everywhere.