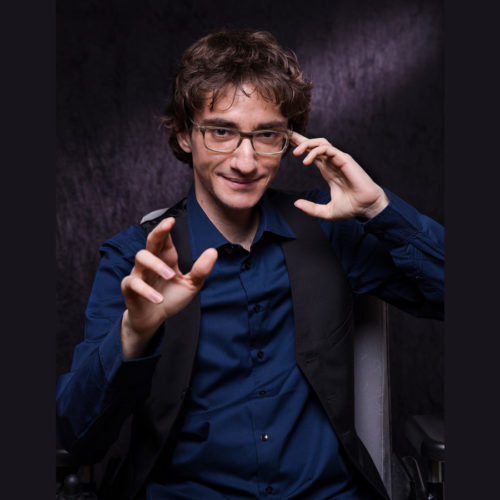 Christopher Castellini (born in 1992) is an Illusionist of the Mind.
Third prize at the European Championship of Magic F.I.S.M. 2017 and Third prize at the World Championship of Magic FISM 2018 (Mental Magic category), is known to the general public for its television appearances and for its show „The Choice“.
Affected by muscular dystrophy, which forces him into a wheelchair and which is gradually taking away his strength, Christopher has not surrendered to life, but lives it as an immense gift that he shares on the stage.
Combining the spectacularization of Illusionism, the strength of Mentalism and a deep research on the meaning of Life, Christopher opens up unexplored scenarios by transforming the minds of spectators into the place where true Magic happens